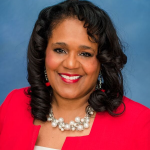 Renee Hardman – Chief Executive Officer
[email protected] (515) 288-9025 x228
Renee joined BBBSCI as the CEO in July 2018. Renee has more than 25 years of executive level HR experience and has served as board member for nearly 20 nonprofits in the area. Renee graduated from Drake University with a BA in Psychology and later earned an MBA. Most recently, Renee founded Hardman Consulting, LLC, a human resources consulting firm. Previously, she was the Senior Vice President of Human Resources and then Senior Vice President of Community Relations at Banker’s Trust. In 2017, Renee was the first African American woman elected to the West Des Moines City Council.

A Big herself, Renee was introduced to BBBSCI in 1983 when she was matched with her Little Sister, who was from Sierra Leone in West Africa. In 1996, she was named Big Sister of the Year. Renee and her Little have remained in contact since her Little’s high school graduation and are life-long friends.

Renee’s professional, civic and volunteer experiences are proof of her commitment to youth and our community.

Renee has received numerous awards, honors and recognition from Des Moines-area organizations. These include, but are not limited to, being inducted into the Iowa Women’s Hall of Fame, named to the Des Moines Register’s 2018 People to Watch list, earning the 2018 Women of Impact and the 2013 National Alumni awards from Drake University, Connie Wimer Spirit Award and the Business Record’s Women of Influence Award. 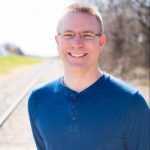 Tony Leo, Director of Programs and Operations
[email protected]  (515) 288-9025 x226
Tony joined BBBSCI in 2005 as a Match Support Specialist and in 2017 became Program Director. He graduated from the University of Iowa with a Master’s in Social Work. Tony has lived in Des Moines most of his life with his wife, Kate, 3 sons – Jake, Alex, and Luke, and dog Lucky. In his free time, Tony coaches basketball and Odyssey of the Mind and enjoys doing yard work and watching sports – especially the Iowa Hawkeyes. 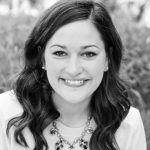 Emily Kriegel, Fund Development Officer
[email protected] (515) 288-9025 x235
Emily joined BBBSCI as the Events and Volunteer Management Coordinator in March 2020 and was promoted to Fund Development Officer in July 2021. She grew up in Grinnell, Iowa and attended the University of Northern Iowa. In her free time, she enjoys spending time with family and friends, working out, and attending concerts and sporting events. 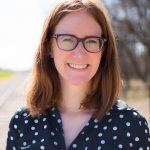 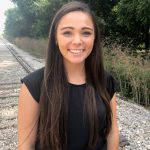 Grace Breiholz, Community-Based Match Support Specialist & Child Enrollment Coordinator
[email protected] 515-288-9025 x237
Grace graduated from the University of Northern Iowa in May 2019 with a bachelor’s degree in Social Work. Grace volunteered with numerous youth organizations throughout college, including Boys and Girls Club, Girls on the Run, and Dance Marathon. Grace is originally from the Des Moines area, and she enjoys spending time with friends and family, trying new activities throughout the community, and watching football and baseball. 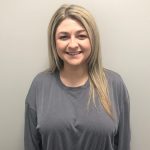 Morgan Bridges, Match Support & Child Enrollment Specialist
[email protected]  (515) 288-9025 x236
Morgan graduated from Iowa State University in 2017 with a bachelors of science in Child, Adult, and Family services with an emphasis in Youth and Family Services. During college, Morgan volunteered with The Girl Scouts of the USA. Originally from Johnston, she enjoys traveling, exploring new restaurants, and spending time with her pets and family. 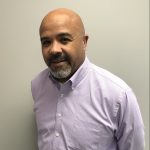 Nathan Brooks, Community-Based Match Support Specialist & Child Enrollment Coordinator
[email protected]  (515) 288-9025 x230
Nathan comes to BBBSCI with experience in a variety of roles including time spent at Employee and Family Resources, Central Iowa Employment & Training Consortium, Better Business Bureau, and serving on the Polk County Board of Supervisors as an elected official.  He also has participated in a number of civic activities including the Bridges Mentoring Program, serving as a board member for six (6) different organizations, and enjoys coaching youth track and football. He is a prior “40 Under 40” recipient from the Business Record and brings a great deal of passion for our mission. 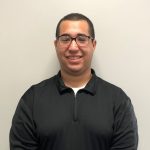 Tristan Hines, School-Based & Workplace Mentoring Coordinator
[email protected] (515) 288-9025 x239
Tristan joined BBBSCI in September 2021. He was born near Washington DC and grew up in Van Meter, Iowa. Tristan earned his bachelor’s degree in International Studies and Spanish from Coe College in 2018. In college, he participated in various extracurricular activities and organizations like Coe Human Rights Activists, Linn County Central Committee, and Justice for our Neighbors. He brings his experience in education and training from working abroad. In his free time, Tristan enjoys spending time with family and friends, traveling, going to concerts, and watching superhero movies. 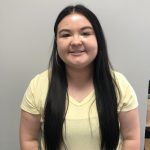 Emma Kolpek, Program Support Specialist
[email protected]  (515) 473-0287
Emma interned with BBBSCI during summer 2021 and joined the team officially in August 2021. She graduated from the University of Iowa in May 2021 with a bachelor’s degree in Social Work, a minor in Social Justice, and a certificate in Resilience and Trauma Informed Perspectives. During college, Emma volunteered at CommUnity Crisis Services and Food Bank with their crisis intervention services, and she was a member of the 2020-21 Student Advisory Committee on Sexual Misconduct. She is originally from the Des Moines area, and enjoys spending time with friends, family, and her dog, Yoda. 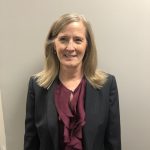 Carol Millar, Event Support Coordinator/ Office Assistant
[email protected] (515) 288-9025 x241
Carol joined BBBSCI in August, 2021. After 30+ years originating commercial real estate loans for financial services companies in Des Moines, she is embarking on a new path and using her skills to impact the lives of young people in the community. Carol graduated from Iowa State University (ISU) with a BS in Economics and is currently working towards a Graduate Certificate in Nonprofit Administration from Colorado State University. She served on the Board of Everybody Wins IA! for 5 years and has also served as a mentor/volunteer for more than 15 years. In addition, Carol also serves as an adviser to Alpha Omicron PI sorority at ISU. In her free time she enjoys spending time with family and friends, attending theatre performances, reading, and cheering on the ISU Cyclones and the Chicago Cubs. 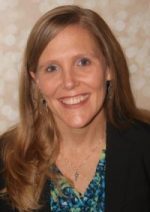 Danielle Moss, Volunteer & Recruitment Coordinator
[email protected]  (515) 288-9025 x227
Danielle joined BBBSCI as the Volunteer and Recruitment Coordinator in January 2019. She grew up in Des Moines and has spent much of her life volunteering at church and a variety of health and human services organizations while maintaining a career in the finance and insurance industry. Danielle enjoys spending time with family and friends, traveling, hiking and other outdoor activities when the temps are warm. She also volunteers at BBBSCI as a Big Sister. 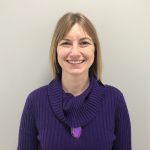 Alysa Mozak, Substance Abuse Prevention Mentoring Coordinator
[email protected] (515) 288-9025 x233
Alysa started her role as the Substance Abuse Prevention Mentoring Coordinator at BBBSCI in December 2021. Prior to this role, she has spent her professional career in the victim services field working as an advocate and prevention educator. She has extensive background in program development and facilitating curricula. Alysa received both her bachelors in Adult and Family Services in 2006 and her Masters of Science in Women’s Studies, Sociology, and Public Administration from Iowa State University in 2011. In her free time Alysa enjoys attending live music events, singing, biking, doing yoga for self-care, and playing with her new puppy Tori! 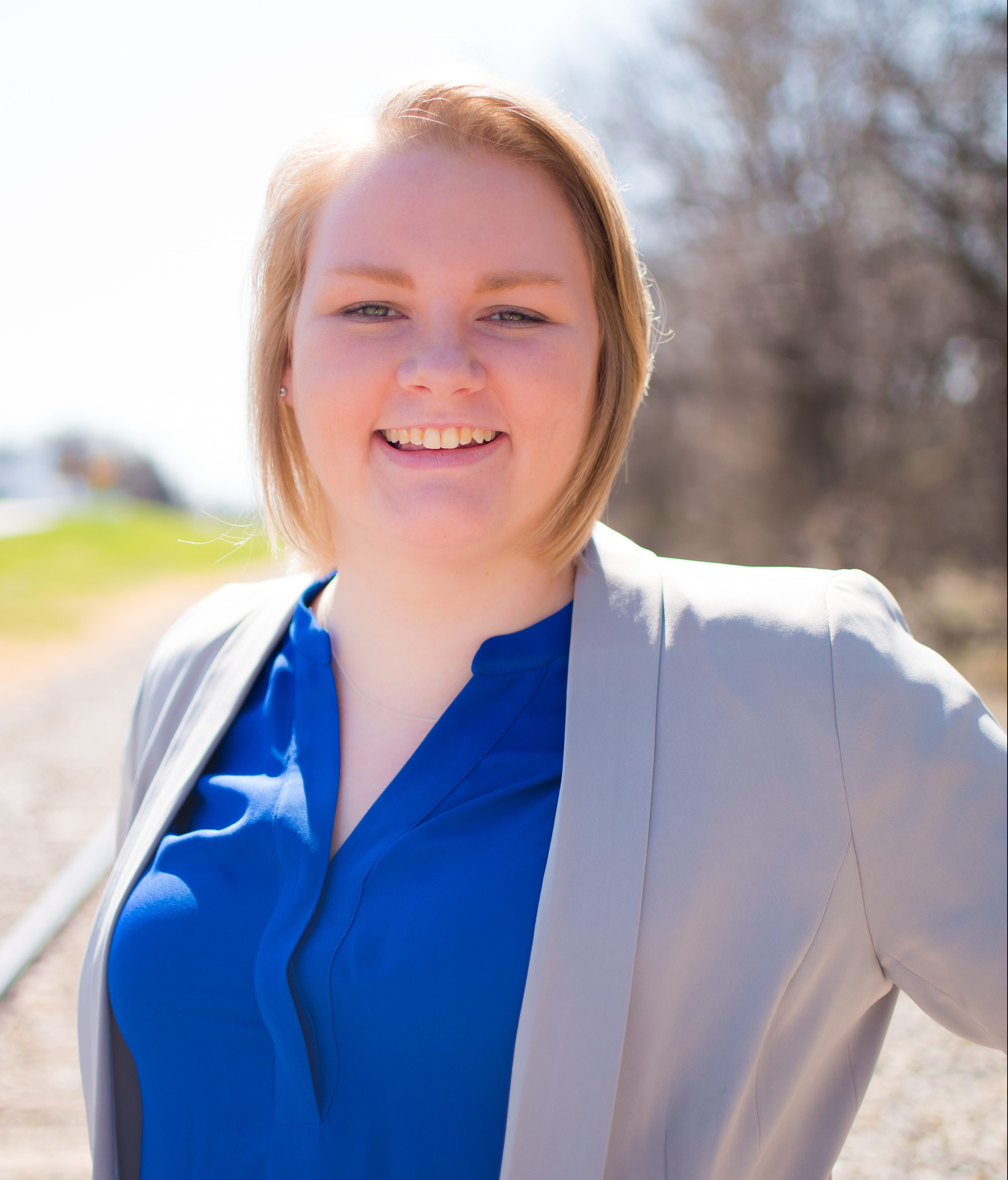 Lauryn Nystrom, Grants Manager
[email protected]  (515) 288-9025 x240
Lauryn has been with BBBSCI as a Grants Manager since March 2018. She graduated from the University of Northern Iowa with a bachelor’s degree in Leisure, Youth & Human Services. Lauryn also obtained a Certified Nonprofit Professional (CNP) credential. Lauryn was born and raised in Ackley, IA. In her free time, Lauryn enjoys spending time outdoors, baking, and attending festivals and the farmers market with friends. 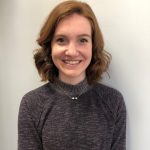 Kristin Pierce, School-Based & Workplace Mentoring Coordinator
[email protected] (515) 288-9025 x231
Kristin joined the Big Brothers Big Sisters team in February 2021. Kristin brings with her a passion for helping youth and great communication skills. Born and raised in Southeast Iowa, Kristin now resides in the Des Moines metro with her husband and their dog, Luie. She earned her bachelor’s degree in Social Work from Luther College in 2018. In college, she volunteered with a number of campus organizations that worked with youth and was an intern with Big Brothers Big Sisters of Johnson County. Kristin enjoys being outside, exploring Des Moines and the bike trails, and spending time with family and friends.